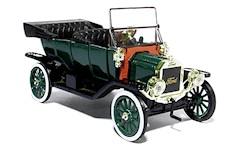 This is a 1909 plate with a makers seal with number G 7.
This is the one of only a few plates known with seals with letter-number combinations.
Most seals only have numbers. 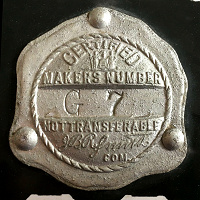 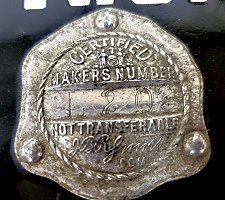 This is a 1910 plate with a makers seal number matching the plate number.
Either this is a very big coincidence, or by design.
We don't know which.
Ed Natale 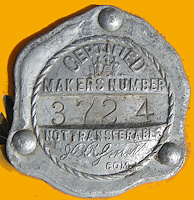 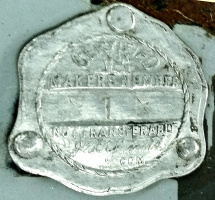 1913
Partway through 1913, the dies changed slightly. Notice the pointed "1" on the first plate (like previous years)
and the squared-off "1" on the remake and the later issues.

Here is a 1914 plate with a seal that was stamped upside down !
Jarod Nappi 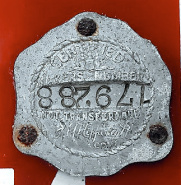 1915
There were several different size and spacing variations in the 1915 plates.

The plates from 10000 to 19999 were shorter than the standard 5-digit plates.
Even if the numeral "1" was in the final 4 digits, the plate size did not change, but the spacing of digits was different. 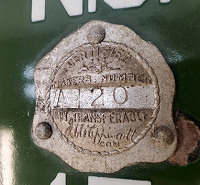 By the 70000 series, the numeral "1" took up the same amount of space as the other digits.