ALPHA KAPPA ALPHA Sorority - AKA This is the first sorority/fraternity plate issued by New Jersey !
These plates were first spotted in mid-October 2017. 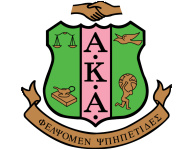 First Issued - October 2017IV1000 -
According to Wikipedia, the symbol of the Alpha Kappa Alpha sorority is the ivy leaf.
Just in case you're wondering where the "IV" prefix came from...