LOW NUMBER PLATES 1957-present
These may have belonged to government officials, or ???.
We really don't know. 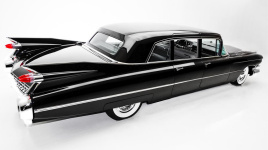 LOW NUMBERS 1957 - PRESENT
The low-number plates shown here were probably "special vanity plates" issued early in the 6 x 12 plate era.
There have not been new issues in decades, but their owners can still keep the numbers, and regregister and remake the plates.

Not sure what this one is ...
maybe a political error plate ?

These plates (a graphic #1 and a Superbowl #CJC) were seen in a video interview that Governor Chris Christie gave on ABC's "The View".
The plates could be seen on display behind the former governor throughout the interview.
I would consider these special issue plates.