FAKES !! This page is for fake NJ plates which have appeared either on or off the roads. 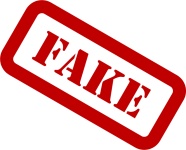 A really cool fake handicapped plate on a little red 3-wheeled scooter.
It even has a barcode ! 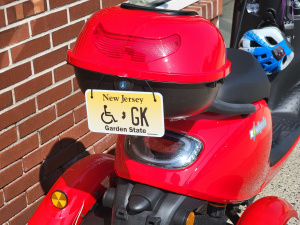 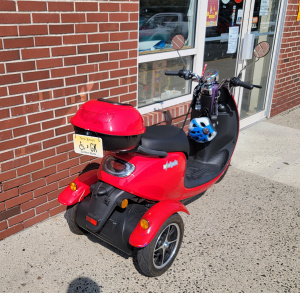 LSC-1 on a HUM RIDER in front of Liberty Science Center.
Ben F 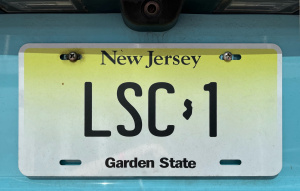 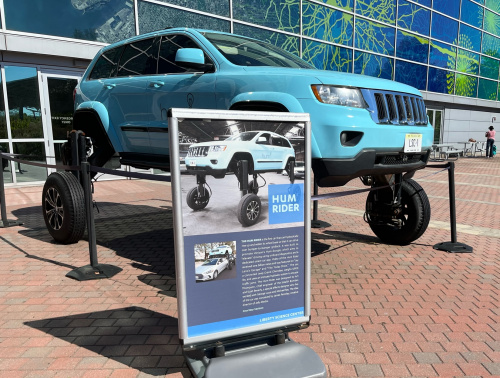 Fake plate from licenseplates.tv with original plate
(which happens to be a remake...)

Joe Pugliese
I wonder what the "9" used to be ?

Valid passenger number with emblem
from the Armenian Revolutionary
Federation

Fake trailer - seen on the road

Seen at a car show 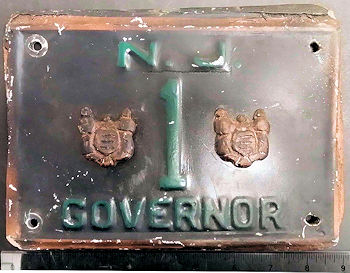 The seller described it like this:
This is a strange plate because the front is made of some sort of composition over steel metal.
A magnet sticks to the back of it. From the side there are two metal plates cast into it.
You can see the front corner has a chip. It is a hard substance of some sort.


Here are some NJ "plates" seen on eBay in early 2020 with the "pick your own numbering and we'll print them out for you" deal.
I like the one with the dog on the couch. "Allow your creativity to flow" caption.