VEHICLE MANUFACTURER   1905-1925 This type was initially issued for use by both manufacturers and dealers.
In 1916, dealers started using the "D" prefix, and manufacturers continued with "M".
Manufacturer plates first became available on June 1, 1905. 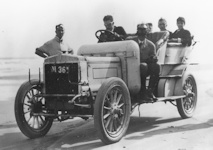 (from the picture at top right) 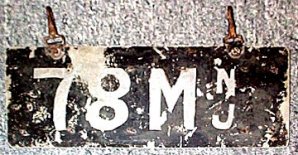 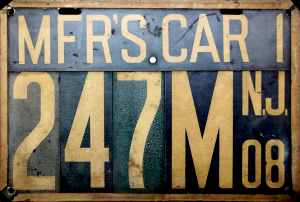 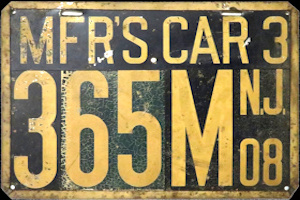 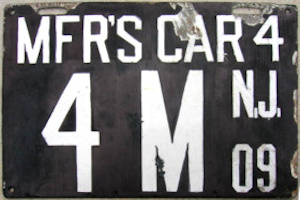 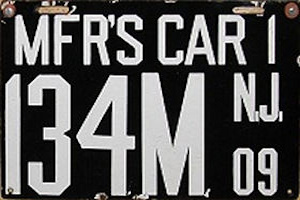 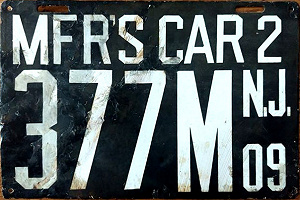 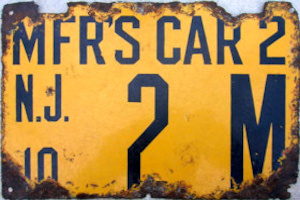 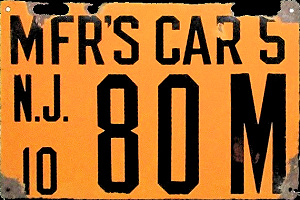 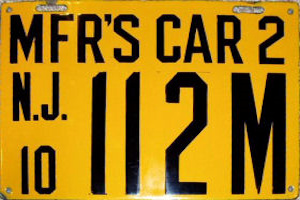 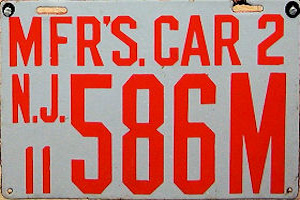 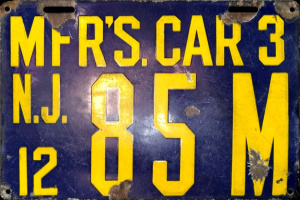 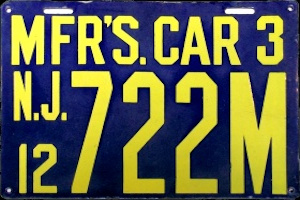 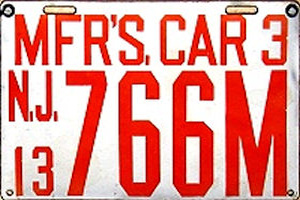 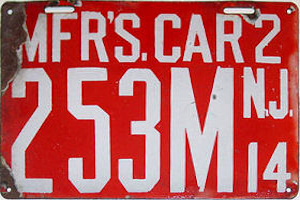 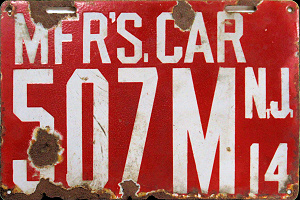 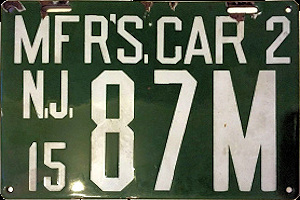 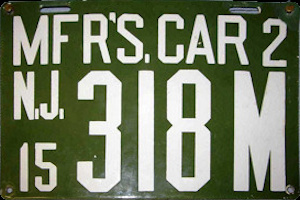 In 1916, the "M" moved to the prefix position, and the car number was put at the end of the plate after the serial.