Until the early 1990's, the rejected stickers had a month number and the days from 1 to 31 around the outside.
The day the car was due back for re-inspection was punched out. 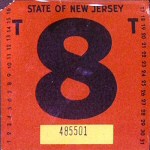 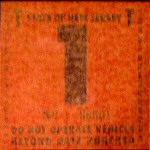 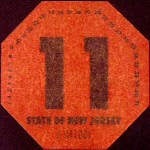 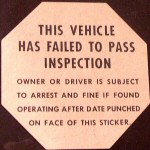 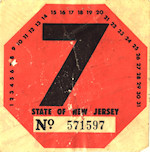 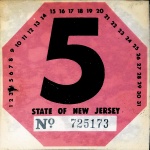 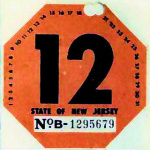 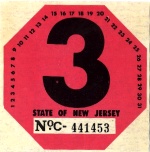 There is information that says that the R- series sticker (below) was placed on the OUTSIDE of the windshield.
Personally, I don't see how that would work, especially in the winter when you would need to scrape snow and ice. 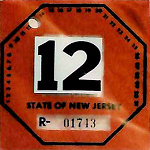 In the 1990s, smaller rectangular stickers started being used.
These were usually put on the inside of windshield along with the existing inspection sticker, but there were cases where just a month number was user with the rejected sticker.

On rare occasions, the FAILED barcode would be put on the windshield instead of a rejected sticker. 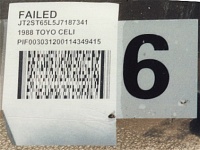 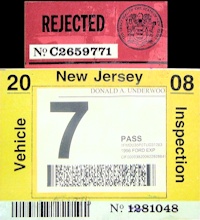 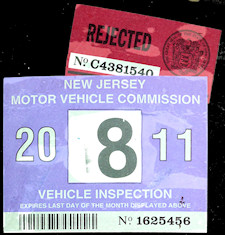 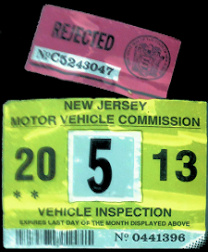 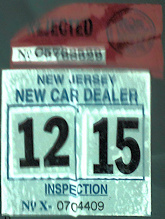 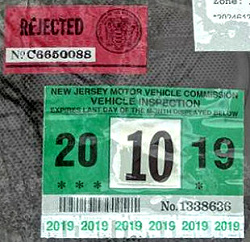 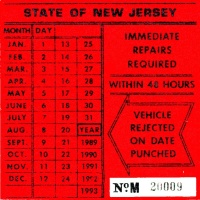 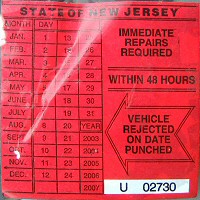 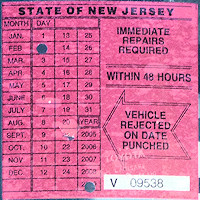