The last prestate plate seen is #38887 ... so potentially anything higher than that would have been issued to new registrants in 1908.
Plates with lower numbers were reissues of existing prestate numbers.

Some 5-digit plates have the first two digits on the same panel.

Seal detail (# NOT GIVEN) 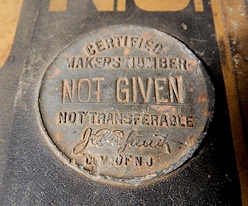 Here is a set of 4 plates with the same number.
The makers seals on one set have the serial number 480 ... the second set has ☆480☆
Maybe the star denotes a second set of plates (remakes) ??
Leib Brothers 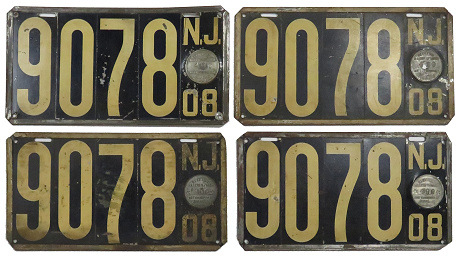 This plate has an inverted "8" 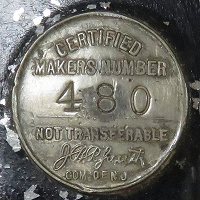 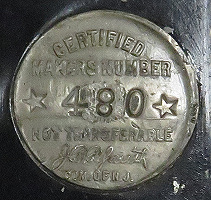 Below is a 1908 plate with two seals on it.
Does that mean it was transferred to a different car mid-year ?   Perhaps we'll never know.
John Anshant 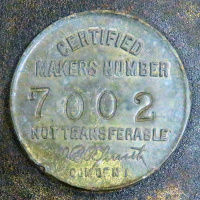 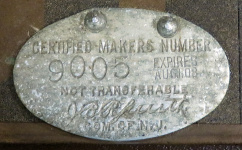