The pictures below were taken at the NJ State Police Museum.

AVERY BASE
3M2 BASE

100th ANNIVERSARY VEHICLESSPA100x
In March 2021, to commemorate the 100th anniversary of the NJ State Police, ten new "retro" vehicles were unveiled.
The plates on these vehicles are all SPA100X where X is a letter, J is the highest one seen so far. 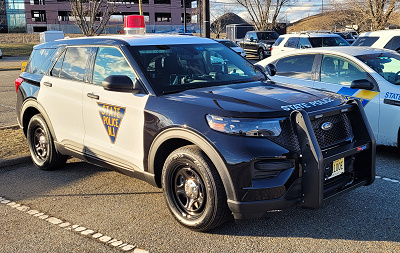 SPECIAL PLATES - FALLEN NJSP OFFICERS
New Jersey State Police officers who lose their lives in the line of duty have special plates on the front of the hearse vehicles in their funeral procession.
The plates have the NJSP logo on the left, and then the badge number of the officer.
The plates look flat, but they do not use the standard flat font - in fact they seem to use various fonts (stick-on numbers maybe?). 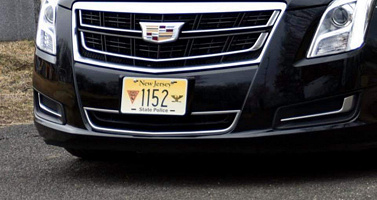 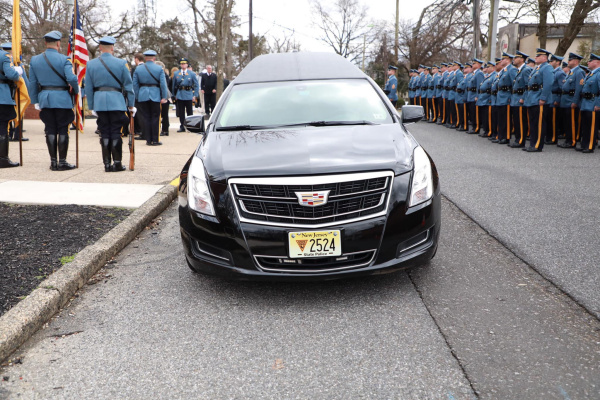 Pictures below found by Joe Pugliese 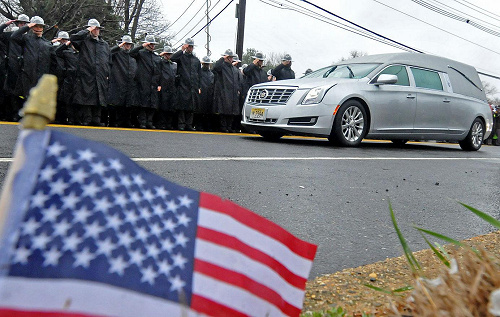 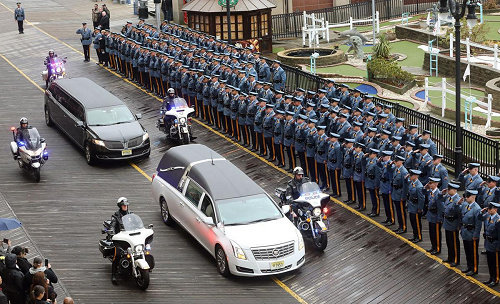